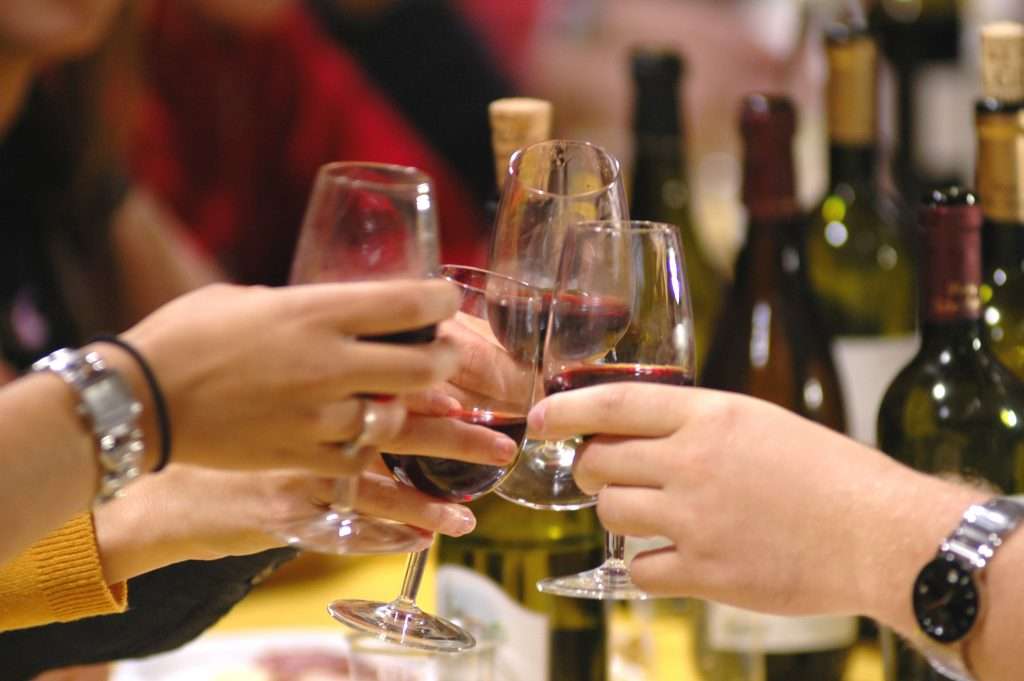 The Dangers of Social Drinking

Drinking is widely considered one of the easiest ways to break the ice with people and overcome any kind of stress. As a result, alcohol has become one of the essential elements of all social events and celebrations. During such occasions, people usually get carried away due to peer pressure and the general mood of festivity to overindulge in unregulated and irresponsible drinking.

One of the most common misconceptions about alcohol among people is that it is an effective stress-buster. Though alcohol uplifts a person’s mood by binding to the receptors in the brain responsible for enhancing the levels of dopamine, the change is temporary and inflicts various short- and long-term side effects. With the emergence of social drinking as an essential aspect of the American culture and the above-mentioned mistaken belief, a number of people irrespective of age, gender, and race, are developing problematic drinking behaviors.

Historically, both alcohol and socializing are seen hand in hand, ranging from Socrates offering wine to other philosophers during any congregation to Oktoberfest. Moreover, people actively engage in drinking during numerous outdoor music concerts, touring, leisure activities, and other events. Since alcohol changes the way people relate to one another, many people and places encourage drinking environments to foster social bonding.

Apparently, people resort to alcohol to overcome the sense of nervousness, awkwardness, and embarrassment. Alcohol helps partygoers create a comfortable environment by increasing their levels of openness and friendliness. Moreover, many people turn to alcohol to enhance their communication skills during social events. This enables them to fit in a group by diminishing their inhibitions.

As is clear from the above-mentioned description, one of the most common triggers for alcohol abuse is anxiety. Many people believe that alcohol assists in calming a person’s nerves. On the contrary, numerous studies and researches suggest that alcohol heightens vulnerability to anxious feelings and thoughts. By indulging in alcohol for self-medication purposes, one is merely worsening his or her condition by suppressing his/her feelings of stress or depression.

Being a depressant in nature, a person indulging in regular and heavy alcohol drinking is likely to develop depressive symptoms. Such people are usually afflicted with both alcoholism and depression. They tend to experience a range of symptoms, such as irritability, lack of enthusiasm and energy, disinterest in activities enjoyed earlier, etc.

Since the brain responds to alcohol consumption by increasing the level of endorphins, it can push a person to another alcohol binge, especially among those suffering from any form of anxiety.  Many studies have highlighted that any kind of anxiety-induced drinking can lead to alcohol dependence. Around 20 percent of people grappling with a social anxiety disorder (SAD) are also wrestling with alcohol use disorder (AUD). This is known as dual diagnosis. It is very common for an individual suffering from mental disorders to succumb to substance abuse and vice versa.

As alcohol enables people to focus primarily on pleasure rather than on the consequences by narrowing their perceptions, it increases the risk of accidents and sexual assaults. Moreover, individuals are likely to make illogical and wrong decisions due to the impairment of their cognitive and rational decision-making skills.

Due to the impact of alcohol on the way a person thinks, there is an increased risk of miscommunication during social gatherings. There is also a heightened chance of misinterpreting the facial expressions and body gestures of others. This leads to unwarranted behaviors, like unprotected sex, violence, uncontrolled outbursts, etc. This could even turn fatal in a life-threatening situation. Considering the above-mentioned repercussions of careless social drinking, it is essential to avoid succumbing to peer pressure to drink alcohol. Moreover, one should take precautions to avoid such situations.

In order to avoid alcohol poisoning, blackout, and other adverse consequences associated with alcohol consumption, one should ensure eating before any event involving drinking. Besides drinking plenty of water, one should avoid drinking more than the safe limit. Moreover, he or she should prefer spending time with people who are sober. Alternatively, a person can even opt to attend alcohol-free get-togethers or parties.