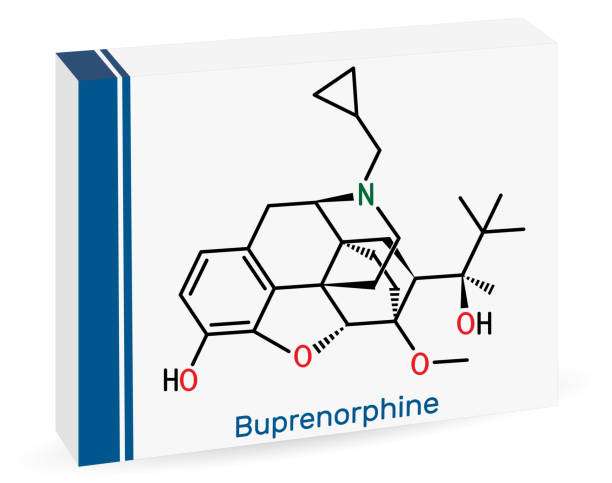 Buprenorphine: What Is It And How Does It Work?

Buprenorphine is the main active ingredient contained in both Subutex and Suboxone (Suboxone also contains naloxone) and, in higher doses, is used to treat opioid dependence. In lower doses, it is commonly used to treat moderate to chronic pain.

Basically, what this means, is that when an individual is administered buprenorphine, the chemical partially activates the opioid receptors in the individual’s brain, causing the person to feel slightly euphoric but nowhere near the intensity that they would feel if they were to take a full opioid agonist like heroin.

When an individual consumes heroin, the drug fully activates the opioid receptors in the brain, causing an intense high feeling across the central nervous system of the body (assuming the dose is high enough). Obviously, in small enough doses, no effect will be felt. This is why mental and physical dependence is so common with opiate drugs–because the body learns to love the feeling and eventually has a very hard time coping without it.

As with other opioids, buprenorphine can also cause minor to severe side effects. More severe side effects, however, are more common in individuals who do not already have a tolerance built up in their bodies for opioids (non-opiate addicts). These are people who may be introduced to the drug for the first time and may end up taking too much, which can lead to difficulty breathing, nausea, and even death by respiratory failure (uncommon).

On the other hand, people taking buprenorphine who already have an opioid tolerance are much less likely to experience the more severe consequences such as overdose and death, however, side effects such as nausea, constipation, irregular breathing, slow heartbeat, sexual frustration, urinary retention, insomnia, and dry mouth are extremely common.

Like with many other narcotics, buprenorphine can cause very serious (and potentially deadly) side effects if the drug is combined with other drugs (especially depressants or tranquilizers). Common drugs associated with serious negative consequences include Xanax, valium, alcohol, Vicodin, heroin, oxycontin, and Methadone. When these drugs are combined with buprenorphine, they amplify the sedentary effect on the respiratory system and can lead to respiratory or heart failure (which is the most common cause of death).

How to Take Buprenorphine (As Suboxone)?

There are two options for taking Suboxone; Suboxone Film and Suboxone Pills. The Suboxone Sublingual Film is more convenient for most people because it is easy to cut off pieces to match the dose you need and the taste is less intense. The Sublingual Pill or Tablet is a soft tablet that usually breaks up or crumbles when you try to cut pieces. With either option, you will take the piece of the strip or pill and place it under your tongue to dissolve. You don’t want to chew or swallow the drug as this will negate the intended effects of the drug.

Where Can I Get More Information on Buprenorphine?