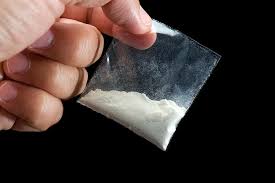 The 10 Most US Common Addictions with Statistics

Over 40 million American citizens aged 12 and above use nicotine, alcohol, and other drugs illegally. That is about 1 person in every 8 people. Based on these statistics, it means that the number of Americans abusing drugs is more than the number of people with health conditions such as diabetes (25 million), cancer (18 million), or even heart conditions (27 million).

If you or your loved one are suffering from an addiction disorder, it is important to note that you are not alone. As you consider the available treatment options, it is critical that you understand addiction so that you can make informed decisions regarding the right treatment option.

Addiction is a disease of the brain and body that entails the misuse of one or more drugs or substances despite the serious physical, psychological, behavioral, and social consequences.

The top 10 most addictive drugs and substances include:

Tobacco products are legal for people over the age of 18. They contain nicotine, which is a highly addictive substance. Nicotine may not seem like a burdening addiction when compared to other addictive substances, but it causes numerous health problems.

At least 30 million to 60 million Americans use tobacco products, specifically cigarettes. In 2015, at least 21% of the American population was using cigarettes, but the percentage had reduced to 14% in 2017.

Just like cigarettes, alcohol is readily available to persons who are over the age of 21. Many people take alcohol as a social drink, and most of those people end up becoming alcoholics or addicts. Alcohol can lead to liver disease and family problems such as child and spousal abuse.

According to 2017 data, at least 14 million American citizens have an alcohol use disorder. This consists of 9.2 million males and 5.3 million females.

Only 7% of this population will seek treatment, which means that 93% are often left untreated.

These drugs are classified under sedative-hypnotics. They are drugs used to treat anxiety, insomnia, and seizures. They include drugs such as phenobarbital, butabarbital, and secobarbital.

Marijuana has been legalized in most states. However, many people are not aware that it can be addictive. In 2017, National Survey on Drug Use and Health data reported that Marijuana was a widely abused drug.

Although more adults are misusing marijuana, it is a substance of choice for Americans aged 18 to 25 years. 6% of high schoolers smoke marijuana on a daily basis.

Cocaine was originally anesthesia until it was discovered that it was highly addictive. Cocaine is a common addiction because people who take it tend to experience a feeling of euphoria, and extreme energy levels.

In 2016, about 6 million Americans said they had used cocaine. In 2017, at least 1 million American citizens above the age of 12 claimed they were first-time users of cocaine. At least 636,000 received treatment. Approximately  l70,200 Americans died from a cocaine overdose in 2017.

Heroin is categorized as an opiate or opioid. It is derived from morphine. Heroin is a highly addictive street drug because it is cheaper than most prescription opioids.

Opioid painkillers are often misused because they are readily available by prescription. These drugs work by relieving pain and aiding body relaxation. Examples of opioid drugs include codeine, morphine, oxycodone, and fentanyl, among others.

According to a 2017 National Survey on Drug Use and Health, more than 11 million people abuse opioid painkillers because of their ability to offer maximum relaxation.

Prescription stimulants include drugs such as methylphenidate (Ritalin and Concerta), and amphetamines (Dexedrine and Adderall). These drugs work by increasing alertness, attention, as well as energy. They are also used to treat mental disorders such as ADHD, and a number of sleep disorders.

According to the 2017 report of the National Survey on Drug Use and Health, approximately 1.6 million Americans used amphetamines in 2016. The data also showed that about 5.3 million American adults misused various types of prescription stimulants in the same year.

Inhalants are medical, household, and industrial products, particularly those that produce vapors. People who inhale these vapors tend to feel intoxicated or high.

The most common inhalants include aerosols, paint, correction fluid, glue, petrol, and felt-tipped pens, among others.

More than 21 million Americans have abused inhalants at least once in their lives. More than 555,000 Americans use inhalants every other day. The National Survey on Drug Use and Health reported that 1.8 million people had used inhalants in 2016. In 2018, 8% of 12th-grade students reported they had used an inhalant.

If you are addicted to any of the above drugs or substances, it is important that you seek treatment so that you can be able to live a more fulfilling and happy life. It is advisable that you talk to a therapist near you so that you can start your journey towards recovery.