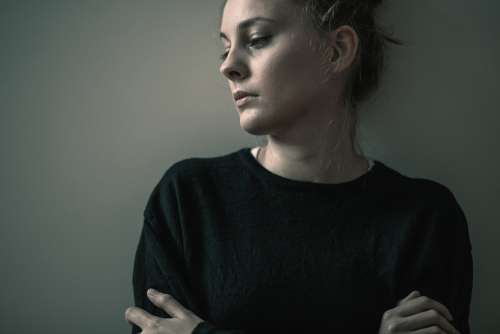 Most common mental health disorder in people addicted to alcohol

Some conditions seem to have a strong correlation with each other. For example, heart disease and diabetes often reside side by side in a patient, and allergies often come hand in hand with asthma. Similarly, it is quite common for alcohol or substance abusers to exhibit the traits of a specific mental disorder, such as antisocial personality disorder (ASPD). As alcoholism camouflages the symptoms of ASPD, it is often quite difficult to diagnose this mental disorder.

Alcohol abuse is associated with several mental health disorders, including mania, dementia, schizophrenia, etc. According to the National Institute on Alcohol Abuse and Alcoholism (NIAAA), there is a strong association between alcoholism and antisocial personality disorder (ASPD), whereby alcoholics are 21 times more likely to also be diagnosed with ASPD compared to nonalcoholics. Conversely, it has been found that 90 percent of individuals with ASPD indulge in alcohol or substance abuse.

According to the Diagnostic and Statistical Manual of Mental Disorders – IV (DSM-IV) by the American Psychiatric Association (APA), ASPD is characterized by a pervasive disregard for, and violation of, other people’s rights. It is a psychological condition that is associated with destructive behavioral patterns.

Such individuals are often cynical and negative, highly opinionated, aggressive, and self-assured. They lack empathy for others and concern for the consequences of their actions. Most often, individuals with this disorder are found to be in trouble with law enforcement agencies due to aggression and violence and are found to abuse drugs or alcohol. They are unable to hold onto their jobs or create and maintain meaningful relationships with others.

By repeatedly indulging in a set of destructive behavioral patterns, such as deceitfulness, impulsiveness, criminal activities, irresponsibility, etc., that begin before the age of 15, one is likely to pose danger to not just himself or herself but also to others. Interestingly, some of these symptoms, such as repeated violence, irresponsibility, emotional manipulation, etc, are also witnessed in alcoholics.

Correlation between alcoholism and ASPD

The NIAAA highlights that an old study, “The clinical implications of primary diagnostic groups among alcoholics” found that people who met the criteria for ASPD before developing drinking problems consumed significantly more alcohol and experienced more alcohol-related problems (being fired, demotion or imprisonment). These findings suggest that people with ASPD experience higher rates of alcohol abuse and dependence and are more likely to experience alcohol-related problems than other alcoholics.

Although alcoholism and ASPD are entirely two different disorders, the unruly behavioral patterns witnessed in alcoholics are more due to the mental disorder than alcohol. However, people often fail to understand the problem and attribute the signs of ASPD to heavy drinking.

Moreover, friends and family often assume that one can control his or her drinking problem by addressing behavioral problems. The need of the hour is to educate people about the fact that such behavioral problems stem from ASPD and not from alcohol abuse in most cases.

Alcohol abuse may mask many of the key indicators of ASPD so thoroughly that it could get difficult to diagnose it. Due to the increased co-occurrence of these two disorders, a medical practitioner usually looks for evidence of ASPD after the diagnosis of alcoholism to determine the source of destructive behavior in the patient.

Since the DSM-IV points to a set of outward behaviors to define ASPD, mental health practitioners diagnose ASPD based on a person’s actions. Ideally, an individual with ASPD would exhibit the above-mentioned behavioral patterns both during sobriety and while abusing alcohol. A study into the patient’s childhood history would help in conducting a proper diagnosis for ASPD.

Although alcoholics behave destructively too, practitioners zero in on the relationship between alcohol and destructive behavior to diagnose it. They look for patterns of alcohol abuse that lead a person to indulge in destructive actions.

There are indications that the majority of sufferers of ASPD and alcoholism will not seek treatment for their problems or share their fears with family and friends. With treatment being at hand for such co-occurring disorders, one can effectively treat both ASPD and alcoholism.