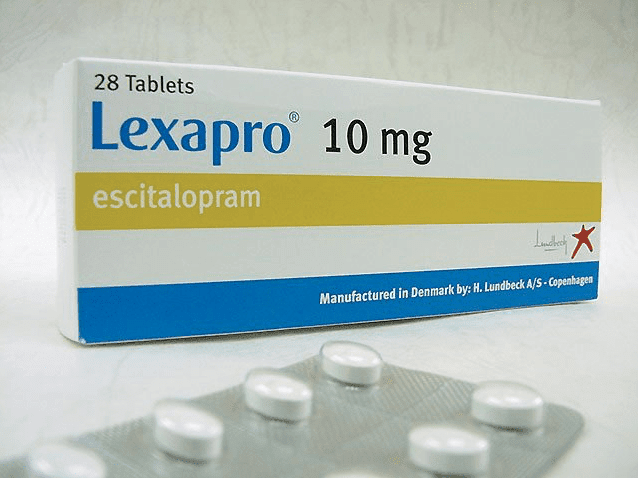 Lexapro Uses and Side Effects

Lexapro, with the generic name escitalopram, is a depression medication used for treating major depressions. It belongs to the selective serotonin class of drugs. Serotonin is a neurotransmitter which helps in regulating one’s mood, eating and sleeping patterns. Lexapro increases the level of this neurotransmitter. It is considered the quickest growing medication in the market. It is a well-tolerated drug. It is considered very efficient in treating symptoms of depression.

Major depressive disorder should not be confused with normal depression symptoms. Major for depression to be termed as major depressive disorder, depression may occur almost every day for a minimum of two weeks. It should include at least five of the given symptoms: changes in sleeping patterns, low mood, and loss of interest in day-to-day matters, agitation, lethargy, significant change in weight due to loss of appetite, feelings of worthlessness, slowed thinking, lack of concentration, fatigue and thoughts of ending one’s life.

Lexapro can help control these symptoms by acting on serotonin in the brain. Doctors usually prescribe 10 mg per day for treating major depressive disorders. It takes about half a month for the effect of the medication to be observed. Before taking lexapro inform your doctor about all your medical conditions, especially if you have kidney or liver problems, mania, seizures or bleeding disorders. It is not approved for children below the age of 12.

Those individuals who were not getting any cure after taking other anti depressive medications like Celexa, Paxil, and Prozac switched to Lexapro and started feeling better. However, it is better to discuss this with your physician before switching medicines.

You should not club this medication with certain other drugs. Antidepressants which belong to the class of MAO inhibitors like Parnate, Marplan and Nardil should not be clubbed with this medication. It may cause serious reactions. You might go to a state of coma. It is even fatal. Also avoid taking alcohol with the medication.

It is a prescriptive drug and is available as tablets of 5, 10, and 20 mg. You may buy them from local medical shops at your locality. It is also available to purchase them online through websites that deal with drugs.