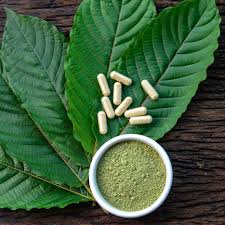 Kratom Uses and side effects

Within the coffee family a famous tropical evergreen tree known as kratom. They are originally from South Asian countries such as Thailand, Myanmar, and Malaysia. It is considered beneficial for the treatment of chronic pain, digestive ailments, and as an opium dependency withdrawal aid. Its leaves, or leaf extracts, have been used as a sedative and a stimulant for centuries in these countries. But there is not sufficient clinical evidence that approved its medical uses and positive effects on health.

The tree has dark green leaves that are usually dried and then crushed or powdered. The color of fortified kratom powders is usually green or light brown. These powders also contain extracts from other plants. It is also used in paste, capsule, and tablet form. The main active ingredients of kratom are the alkaloids mitragynine and 7-hydroxymitragynine (Lydecker et al., 2016). There is evidence that these alkaloids can have analgesic (pain relieving), anti-inflammatory, or muscle relaxant effects. For this reason, kratom is often used to ease symptoms of fibromyalgia.

Kratom work like a stimulant at low dosage. People who have used low doses generally report having more energy, being more alert, and feeling more sociable.

At higher doses, kratom has been reported as being sedative, producing euphoric effects, and dulling emotions and sensations.

According to the European Monitoring Centre for Drugs and Drug Addiction (EMCDDA), a small dose that produces stimulant effects is just a few grams. The effects usually happen within 10 minutes after ingesting it and can last up to 1 1/2 hours (Veltri & Grundmann, 2019). These effects can include:

A larger dose of between 10 and 25 grams of dried leaves can have a sedative effect, with feelings of calmness and euphoria. This could last for up to six hours.

Side Effects of Kratom

Reported side effects of long-term use of kratom include:

Kratom is declared illegal in Thailand, Australia Malaysia, and several European Union countries. In the United States, Kratom is legal and it is generally marketed as an alternative medicine. People can easily find it in stores that sell supplements and alternative medicines.

Clinical studies are very important for the development of new drugs. Studies help to identify consistently harmful effects and harmful interactions with other drugs. These studies also help to identify dosages that are effective yet not dangerous. Kratom hasn’t been studied in-depth till now, so it hasn’t officially been recommended for medical use (Michael, 2018). It is noted that kratom have a strong effect on the body and it contains many alkaloids just like opium and hallucinogenic mushrooms (Coe et al., 2019). As alkaloids have a strong physical effect on humans both positive and negative. There are significant dangers of adverse effects, and safety hasn’t been established. For these reasons more studies of this drug are needed.

Results from one animal study suggest that mitragynine, the major psychoactive alkaloid of kratom, may have addictive properties (Singh et al., 2018). Dependence can often cause side effects like nausea, sweating, tremors, the inability to sleep, and hallucinations. Also, the production of kratom hasn’t been regulated. According to Schimmel & Dart (2020), in USA, FDA doesn’t monitor the safety or purity of herbs. There are no established standards for safely producing this drug.

There are reports of beneficial effects from the use of kratom. In the future, kratom may have proven potential with the proper supporting research. However, to support the reported benefits, there is no clinical evidence yet. There are a lot of things about this medication that remain unknown without this research, such as effective and safe dosage, possible interactions, and possible harmful effects, including death (Gershman et al., 2019).